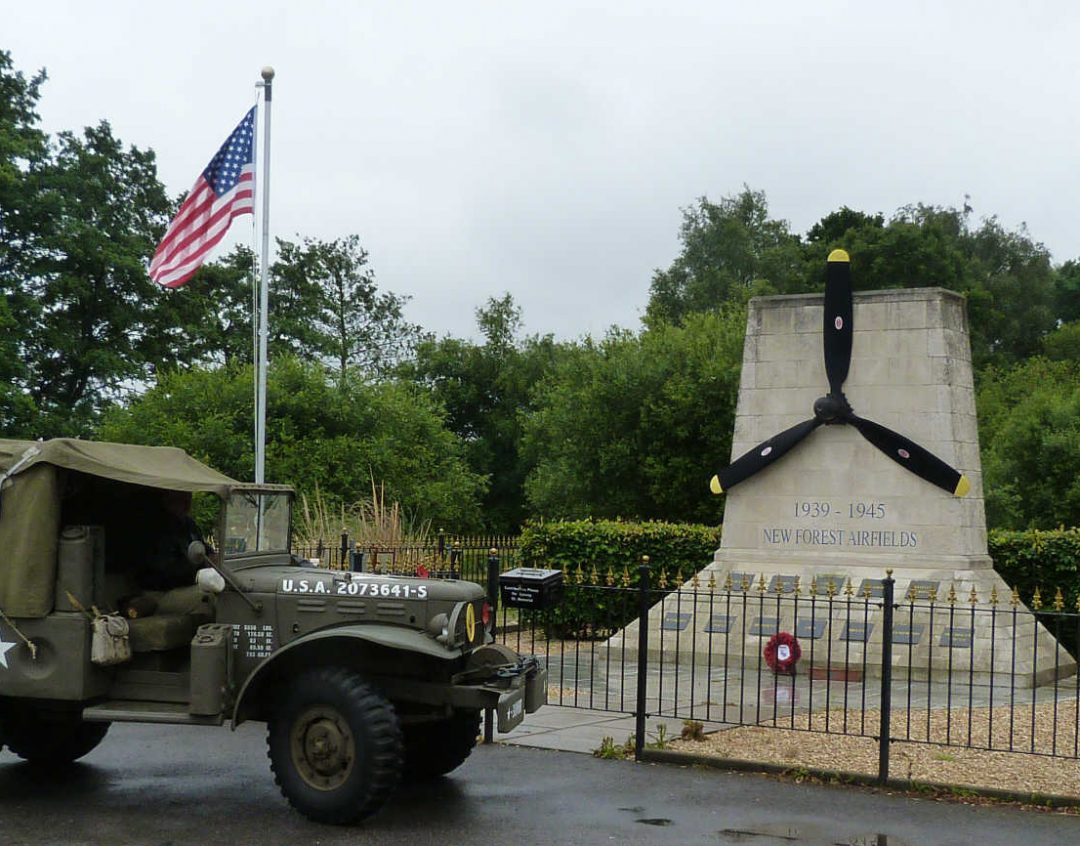 Ryanstone contributed stone in memory of Irish Airmen who served.

Each year it is used on the last Monday in May to commemorate US Memorial Day when the USA remembers its fallen, on a Sunday in late June for the New Forest Airfields Service and on two days in November, the 11th Armistice Day and, if it’s a different date Remembrance Sunday. The big event is the June service when the local civic leaders and Members of Parliament attend, along with veterans and cadet forces. It has become a tradition for the London Air Attachés of the other nations who flew from the New Forest Airfields to attend, with the Americans, Australians, Canadians, New Zealanders, Poles, Czechs and Slovaks being regular attendees. The Norwegians come less often, the Dutch haven’t been yet nor have the Russians (who had a ferry unit at Hurn Airport in 1943).

On Remembrance Sunday all the local vintage motorcycle enthusiasts ride to the Memorial to observe the 2 minute silence.