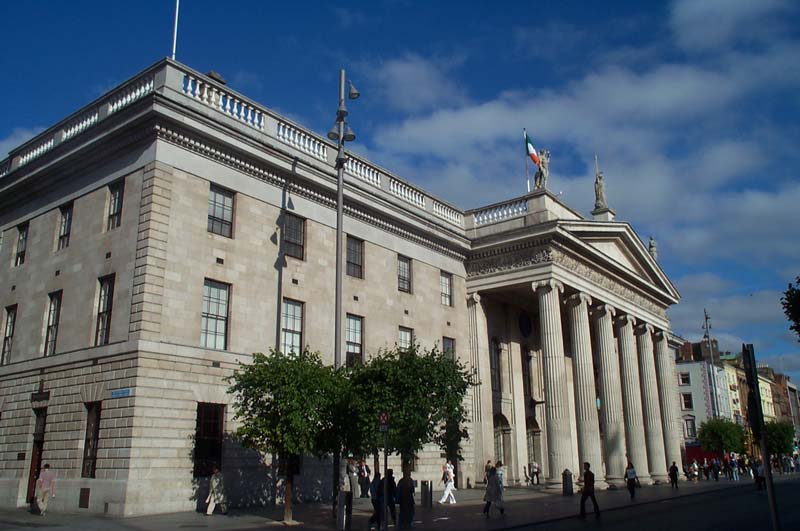 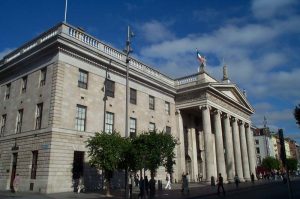 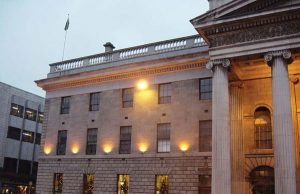 Ryanstone also removed and replaced the coping and the pediment Stones. on which our carver Stuart Logan carved a Greek Key to match the existing carvings. The restoration of some of the carved stoned was carried out on site.

The GPO Featured in the film “Michael Collins” 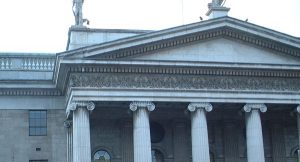 Work on the carvings had to be carried out in place

Existing stonework was restored where possible and carved to match the original. The flat arch stones had been damaged by Iron cramps but there was also evidence of pock marks from shelling together with bullet marks from the 1916 Easter rising..

The GPO was featured in the film “Michael Collins” starring Liam Neeson and it was there that the “Proclamation of independence” was made. Wicklow granite with a Bush hammered from our own quarries was used for the restoration of the cornice courses and Balustrade capping and base stones. 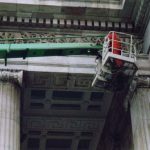 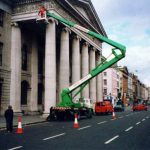 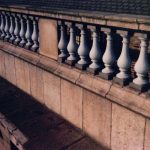 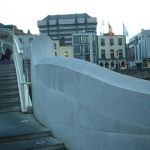 The Wicklow granite courses were of massive proportions with an 1800mm depth which took a total of 800 tonnes Gross together with about 120 tonnes of Portland White bed the balusters which were made of cast Iron , the locating lugs of which had damage to the Balustrade base stones and Capping.

Ryanstone re designed the locating system for the Iron balustrading thus eliminating subsequent erosion to the Wicklow granite base stones and capping which had caused problems in the past. Ryanstone also supplied and fixed polished black granite to the base of the Cuchallain statue in its new location