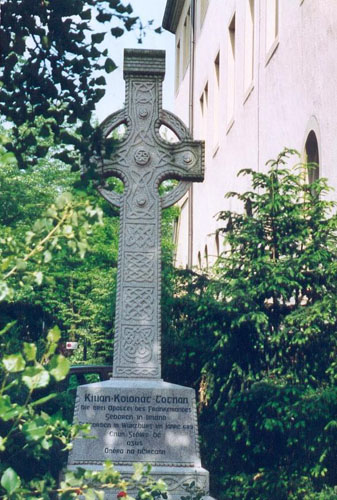 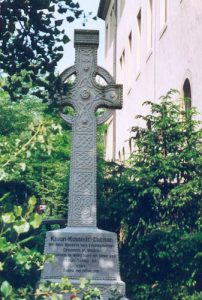 St. Killians cross was donated to the Diocese of Wurzbrg by Ryanstone for the 1300th anniversary of the martyrs of the three Irish saints Killian, Kolonat and Totnan

The cross was completed in 1989 and presented by Cardinal O’Fiach and the Taoiseach Charles J. Haughey who is seen here at our Blessington works inspecting the cross.

The Finished Celtic Cross erected in the Catholic Seminary in Wurtzburg 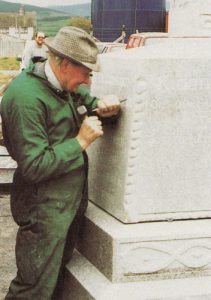 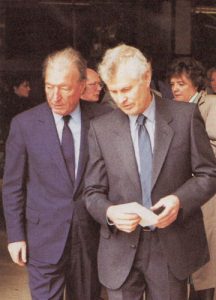 Paul Ryan with Taoisceach (Irish Prime Minister) Charles Haughey during his Visit to the the Ryanstone Stone works in Blessington Co. Wicklow 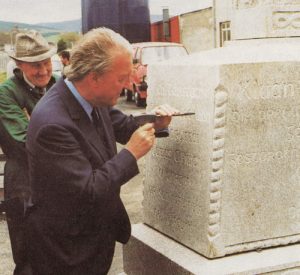 An Taoisceach (Irish Prime Minister) Charles Haughey trying his hand at Carving Letters in Wicklow Granite, When he came to see off the Cross on its journey to Wurtzburg – Germany